Get Involved in Bitcoin, Ethereum and Others

Did you Miss out on Bitcoin (BTC)?

Are you thinking you have missed out on the massive Bitcoin explosion? Bitcoin has a Market Cap of $168 Billion (updated 2/16/2018 at 1:30EST) as of the time of this post! I didn’t give it much thought when I first heard about the currency. I sure wish I did! Believe me, I have hit myself on the head a few times wishing I had bought Bitcoin years ago. Truth is… I never really considered it until last year, when 1 single Bitcoin was valued below $400. In December 2016, I was close to investing some money when Bitcoin hit $800.
If I had bought $100 worth of Bitcoin in July 2010, I would have over $125+ Million today! That is quite a return! If I had bought $100 worth in December 2016, I would have over $1250 in Bitcoin today – I don’t know of many investments that have shown that kind of return in less than 6 months.
in 2017, Bitcoin reached as high of over $20k. As of this post, it is fluctuating a lot but still over $9000. The cool thing about buying it… you don’t have to purchase a whole Bitcoin at a time. You can purchase fractions of bitcoin. You can purchase $100 worth of Bitcoin right now and actually get a Bonus of $10 free with this link

Have you seen what Ethereum is doing? 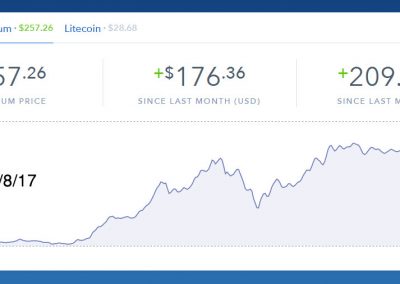 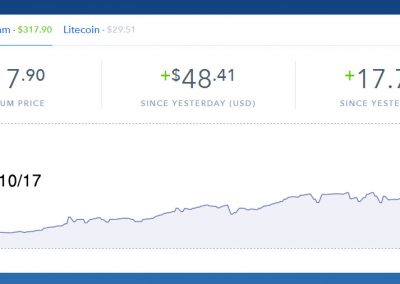 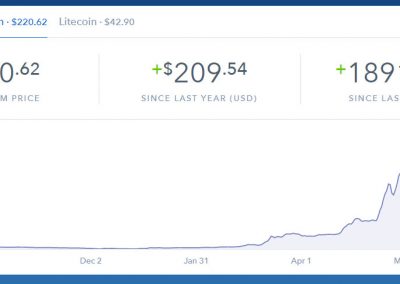 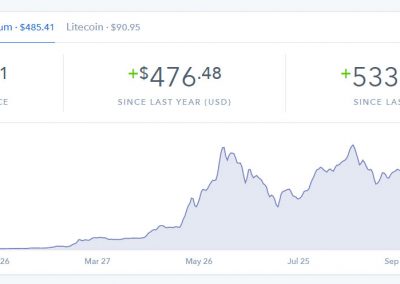 The second largest coin in terms of Market Cap is Ethereum. It reached over $1400 in January 2018. If you click on the pictures above you can see screen grabs of the charts of ETH. Ethereum at one point was showing an increase of over 5000% in the last year. That is over 60 times your money invested! You can purchase fractions of Ethereum just like you can Bitcoin. You can purchase Ethereum right now by setting up an account with this link

Convert Coins and Accept As Payments

If you want to own other types of Cryptocurrent, set up an account at CoinPayments.
Create a Coinpayments Account